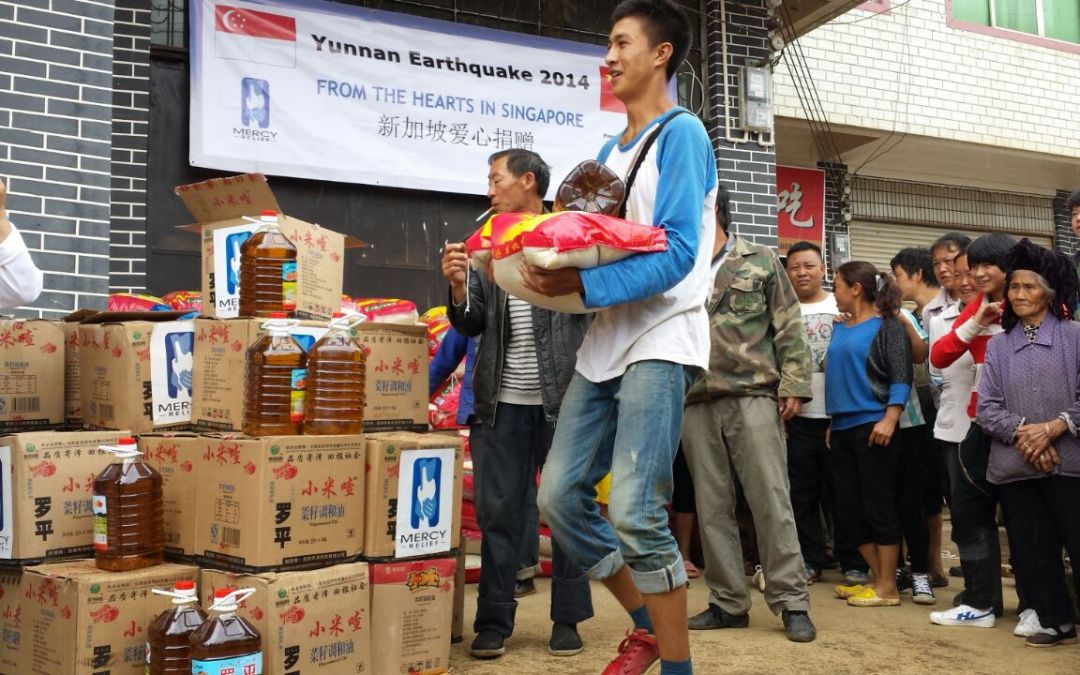 The earthquake that struck Ludian County in Yunnan on 3 August 2014 claimed the lives of at least 615 people, and injured more than 3,100 others. Over one million people were affected in all and 230,000 people had to be relocated. Structural damage was extensive, with more than 700,000 buildings affected. Total damages were estimated to have exceeded S$8 billion. Mercy Relief responded to calls for help from the Poverty-Alleviation and Development Leading Group Office.