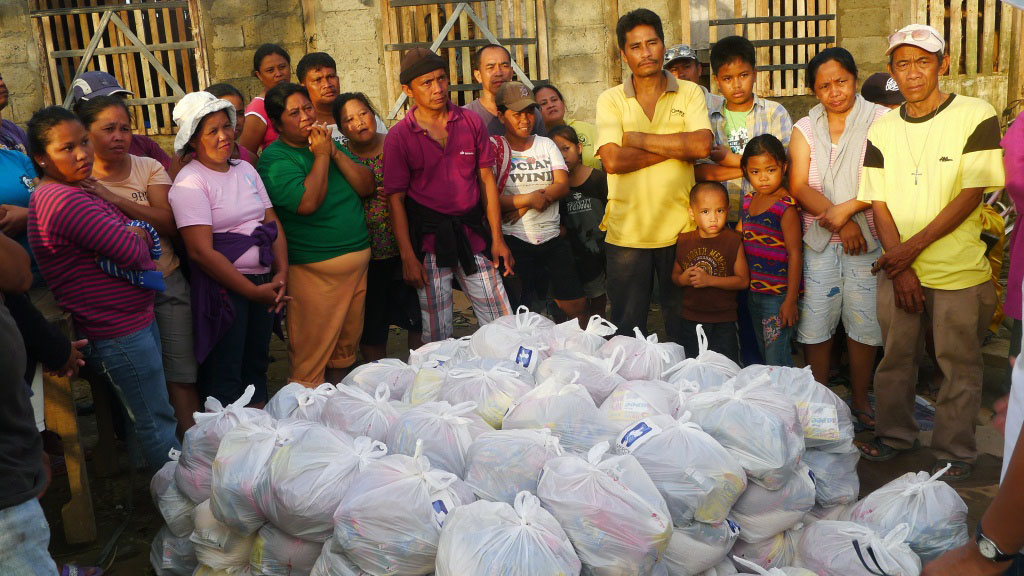 Two of the NGO’s own manual-powered water filtration systems, PedalPure, were also deployed to allow for much needed potable and clean water supply to the victims, after most of the water sources and supply have been contaminated and damaged by Category Four Typhoon Bopha.  Another 200 sets of tarpaulins, including tools and building materials, were distributed to help provide the distressed communities with temporary shelters and repair their damaged homes.  Total value of the relief items is S$30,000.

On Monday, the MR teams were awoken by tremors of a 5.6 Richter earthquake with the epicenter at Davao Oriental. The teams treaded cautiously around the New Bataan and Compostella areas while carrying out the relief efforts due to aftershocks which pose the risks of landslides.

MR’s Chief Executive Hassan Ahmad commented, “Access to the most severely affected areas is very challenging for all aid agencies due to the mountainous piles of debris caused by the winds, floods and landslides. We were in northern Mindanao last year for the Storm Washi relief efforts.  Typhoon Bopha is at least 5 times worse in terms of wind strength and the scale of devastation caused.  The next most important thing besides food and water is shelter.  Hence, MR is also distributing tarpaulins (huge canvass sheets) to allow the affected families to return to and repair their damaged homes such that they would be protected from the natural elements such as winds, rains and the sun.  Importantly, this would also help ease the congestion at the already-overcrowded evacuation centres and thus minimise the risk of breakout of diseases. But much more needs to be done, and quickly, as many are still homeless, cold and hungry, including the sick and children.”

Last Thursday, CDRC and the Philippines government made a direct and general appeal respectively, for international assistance after Typhoon Bopha struck the southern island of Mindanao, displacing more than 300,000 people with at least 647 lives perished. MR’s first team reached the devastated areas of Davao and Compostella early Friday morning, within 20 hours of the appeals.

A public fundraising has been launched from 7th Dec to 31st Dec 2012 to support MR’s aid efforts for the victims of Typhoon Bopha.

The affected community in Barangay Osmena in Davao Region receiving the food supplies from the MR team which arrived in Davao within 20 hours of the appeal for aid made by its Philippines counterparts.

MR team further assessing and analysing the extent of devastation in New Bataan.  Houses are wrecked and damaged. Tarpaulins (huge canvass sheets) and handy tools were distributed to allow the affected families to return to and repair their damaged homes such that they would be protected from the natural elements such as winds, rains and the sun.  Importantly, this would also help ease the congestion at the already-overcrowded evacuation centres and thus minimise the risk of breakout of diseases.

In New Bataan, which saw 25% of the total death toll in Davao, MR Director of International Programme Sahari Ani demonstrates the use and maintenance of the PedalPure to  Father Edgar Tuling of the San Antonio de Padua Parish, who later tested the filtered water.

Jerry cans were distributed to allow families to collect and store clean water from the PedalPure, which churns 700 litres of clean water hourly.