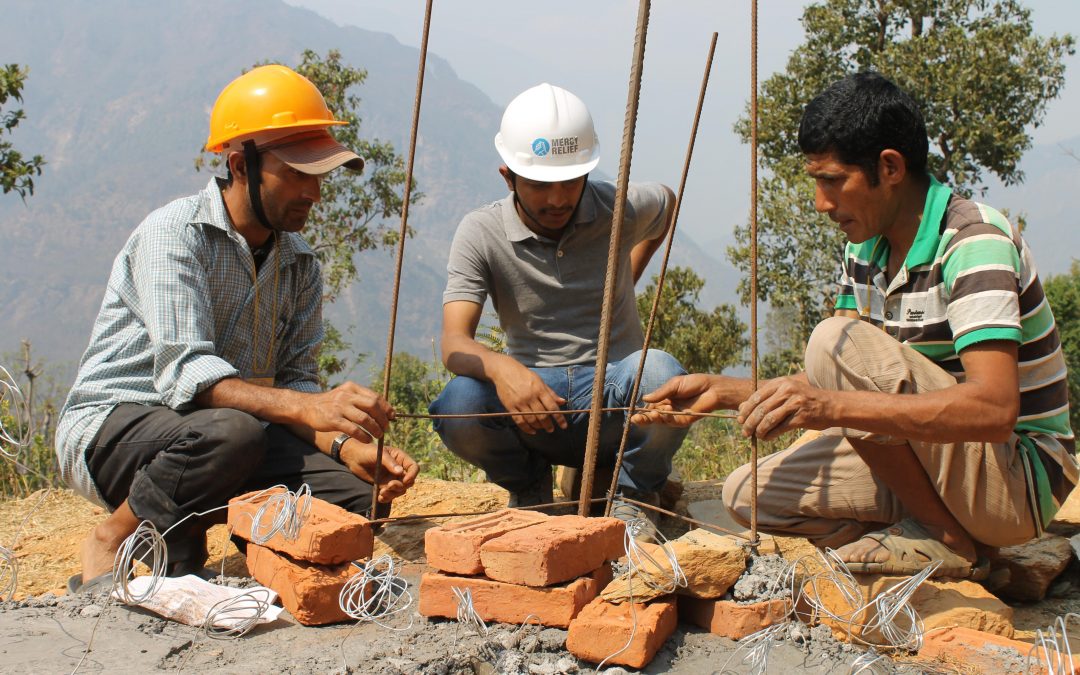 In the aftermath of disasters, communities often come to the grim realisation that surviving is only the beginning. Besides disaster response, sustainable development projects also form the core of Mercy Relief (MR)’s International Programmes to help the survivors cope with the uphill task of reinstating a sense of normalcy into their lives.

In light of our 15th year anniversary, let’s take a look at some of our recent efforts to empower these communities. 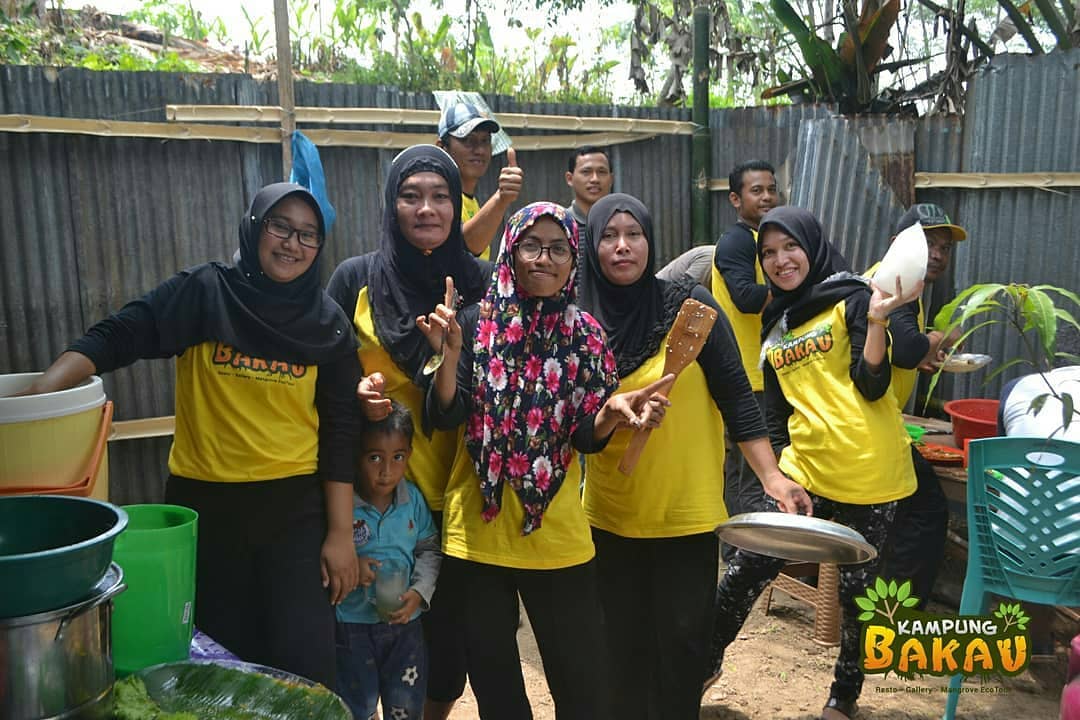 The fishing community of Bagan Percut Village in Medan, Indonesia has witnessed their mangrove ecosystem, a vital area for breeding crabs and fishes as well as a natural protection against flooding and soil abrasion being increasingly depleted over the years. The deforestation has left less than a seventh of the original mangrove forest standing. This has affected their livelihood and increased their exposure to seasonal flooding.

The Disaster Resilience through Education & Ecotourism Management (DREEM) project was implemented to construct a community-managed mangrove ecotourism centre that served to increase awareness and community capacity for ecological protection and restoration, as well as create job opportunities for the community, benefitting over 240 families.

The key achievements of this programme included communities finding alternative sources of income through ecotourism, as well as an increased awareness of the need for ecological protection and restoring the deforested land to protect their livelihood. Female members of the community were also heavily involved with creating new dishes for the restaurant’s menu. MR’s beneficiaries have given feedback that being part of the project has strengthened social bonds amongst the village housewives as well. 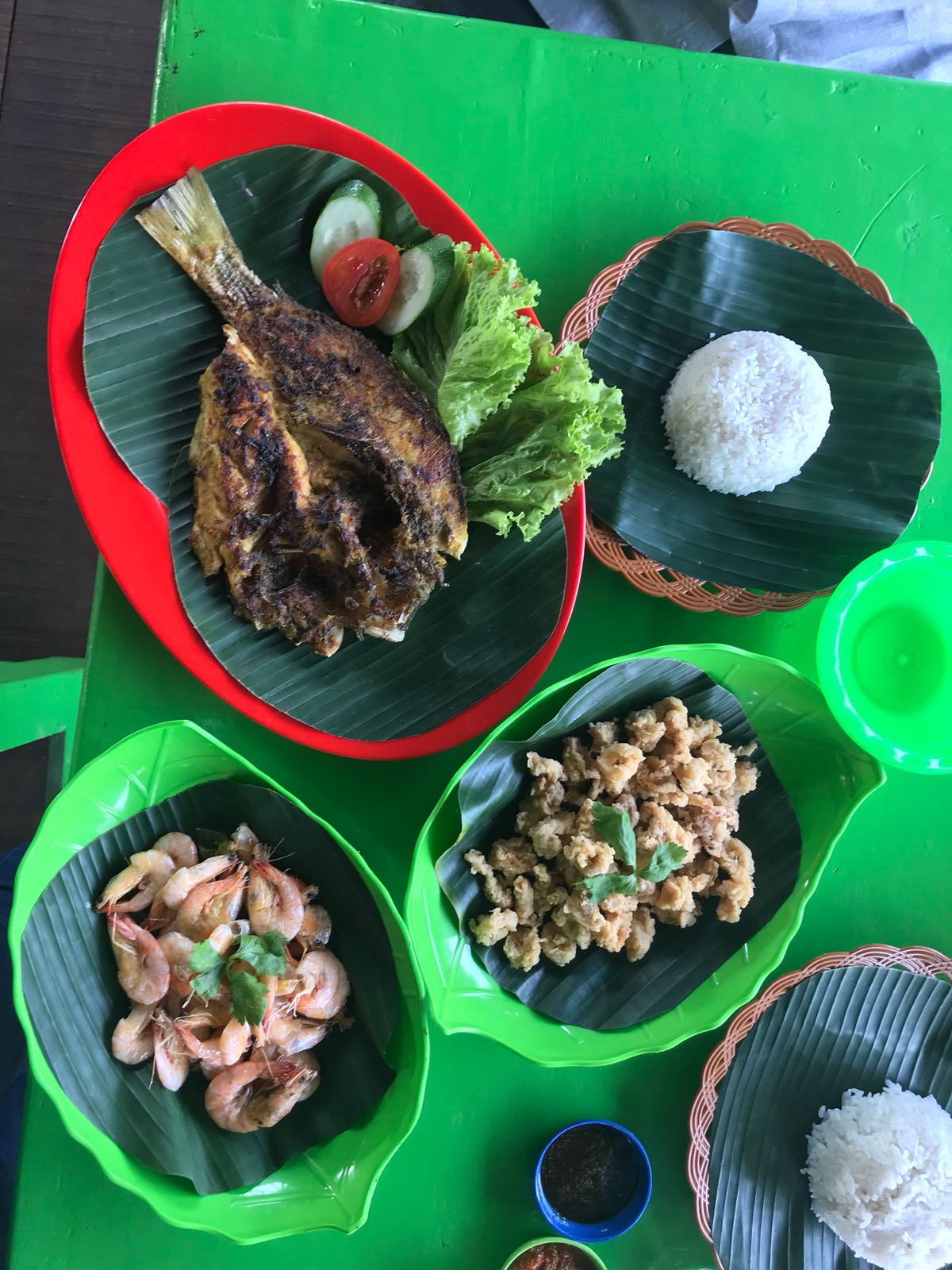 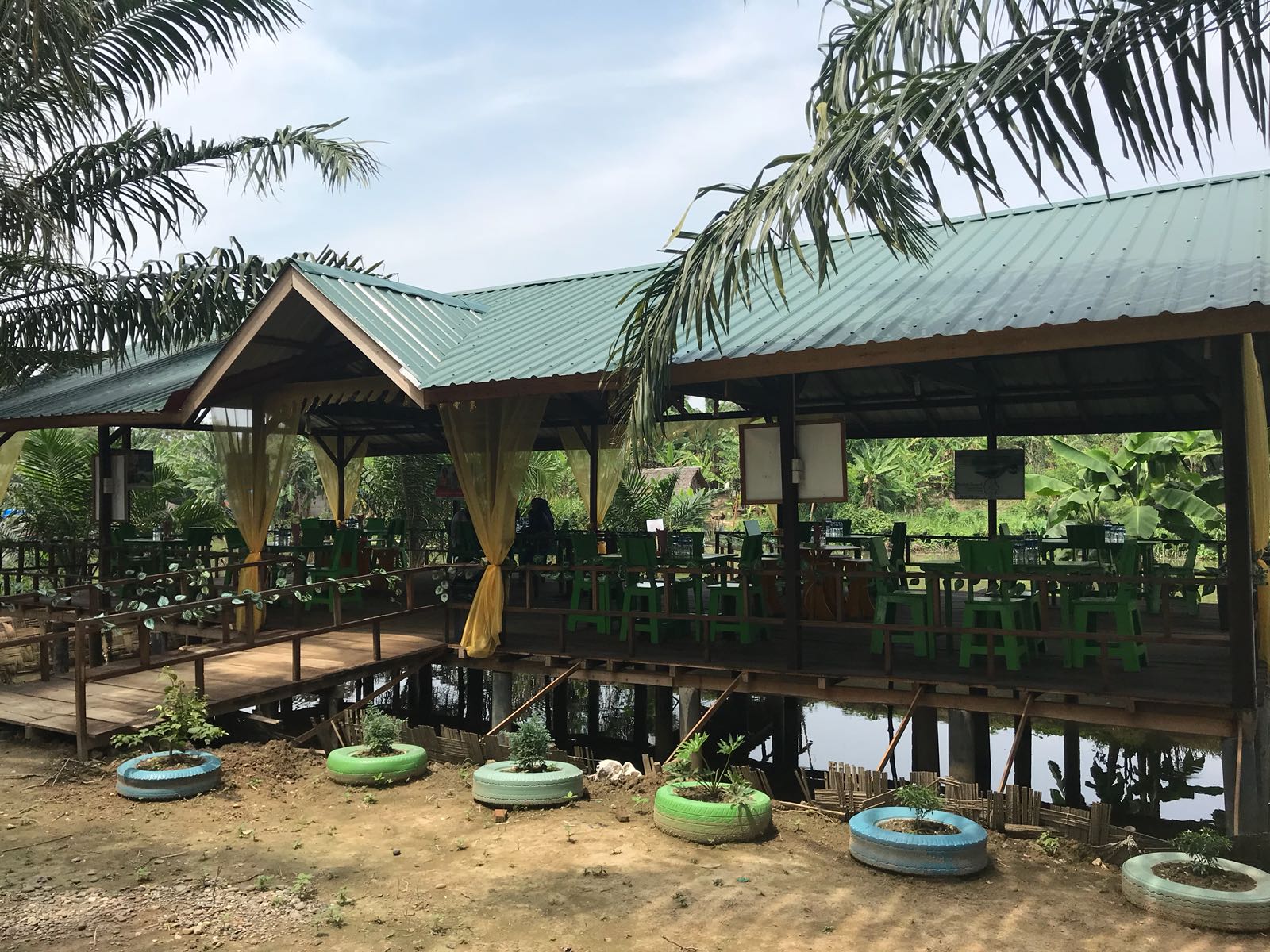 The ecotour hub where visitors depart for the mangrove tour and can have a community prepared meal where seafood is sourced directly from local fishermen. 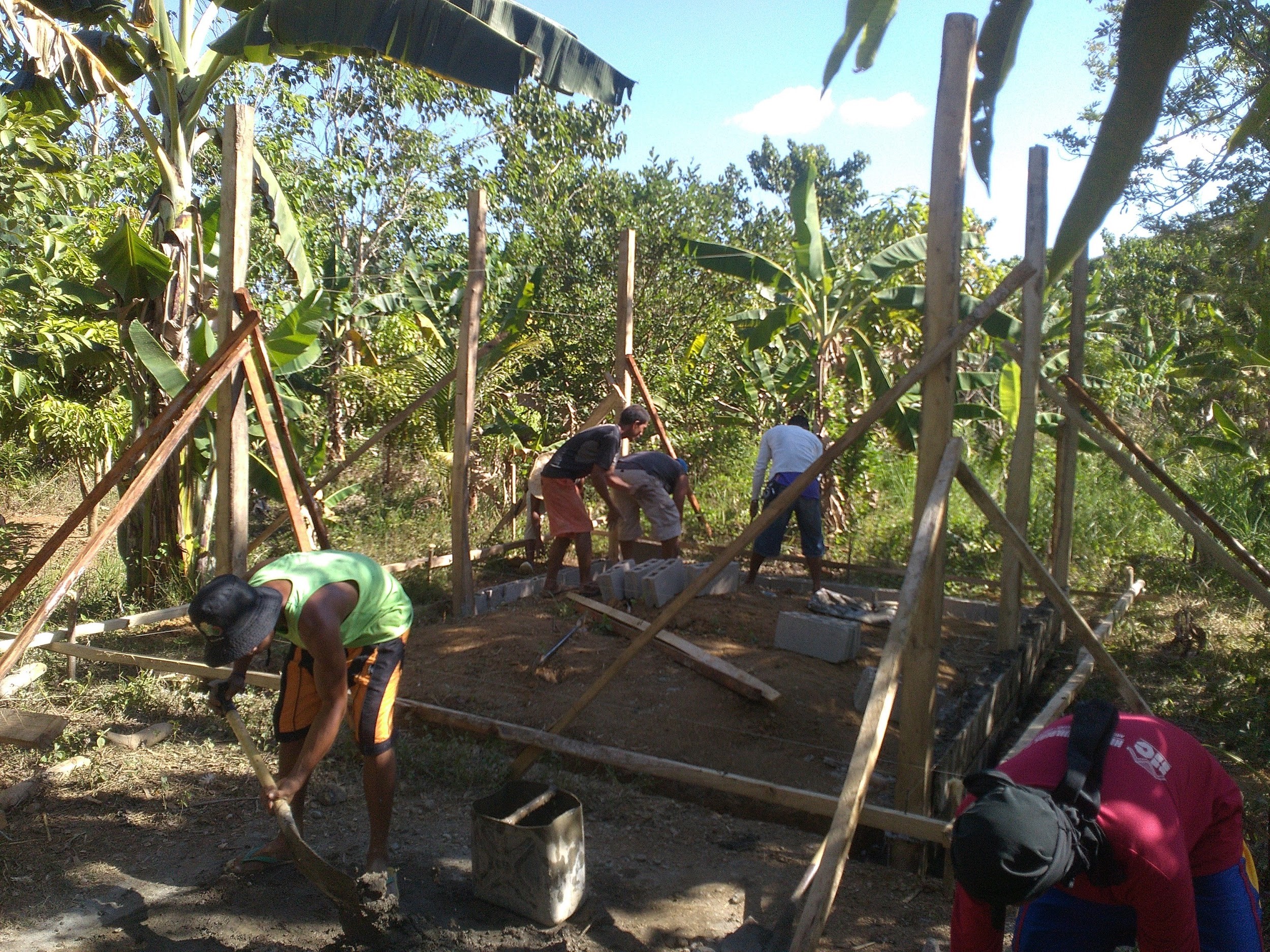 Construction workers repairing one of the houses that were destroyed during Typhoon Haiyan.

Cuartero in Capiz, Philippines suffered severe devastation of houses, livelihood, livestock, and infrastructures to the majority of its populace when Typhoon Haiyan passed over the island of Panay in 2013. Smallholder farmers, who relied on farming as their primary source of income, had not recovered from the widespread disaster. These communities were facing the urgent problem of food scarcity and a lack of dependable livelihood.

As part of a livelihood project to help the communities improve its agriculture production, Mercy Relief helped to construct housing for the remaining 16 families in the Barangay (village) who were still unable to afford repairs for their homes. 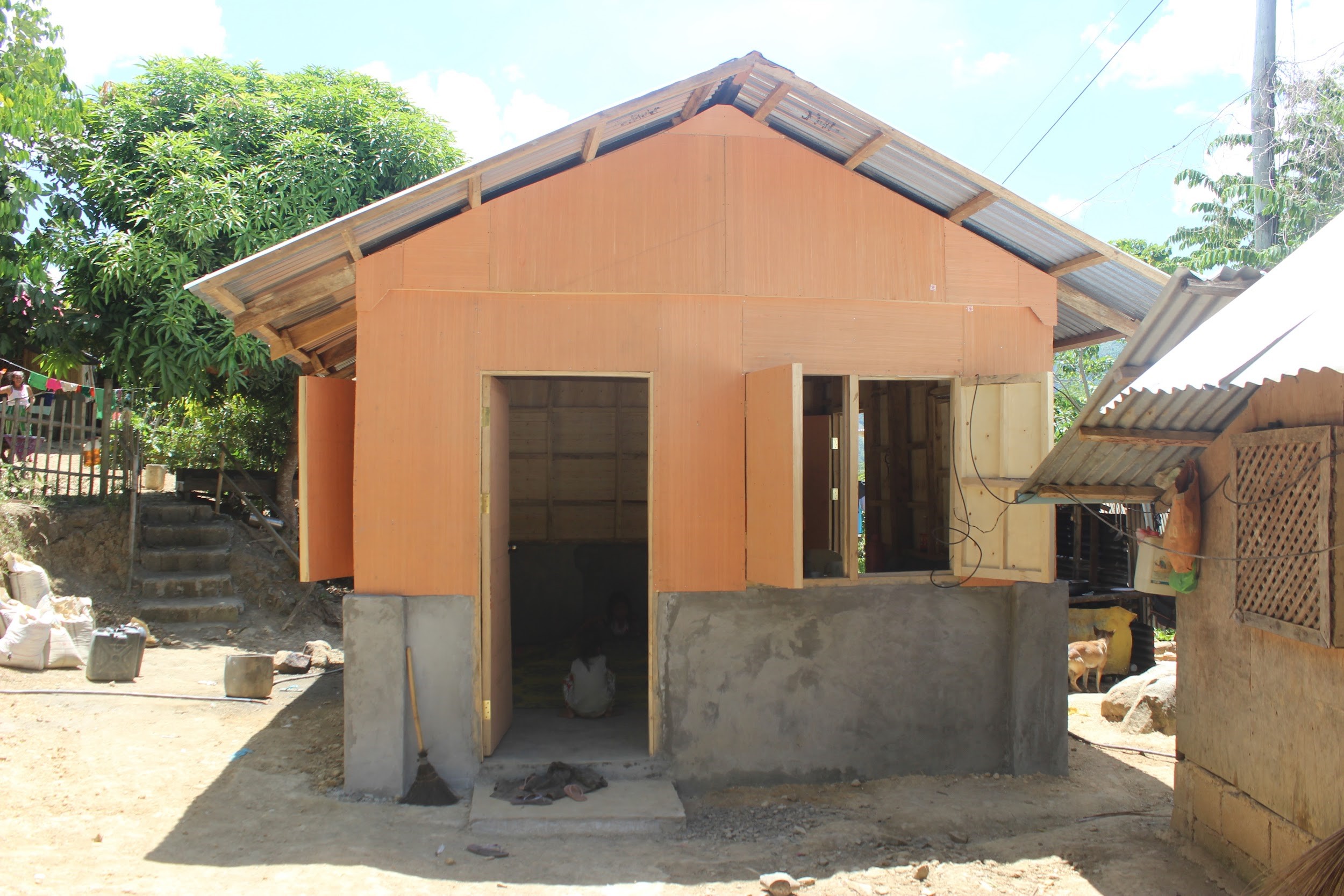 A completed house after construction.

Nepal was struck by two devastating earthquakes in 2015, causing unprecedented damage to the country and its people. The road to recovery has been an arduous process marked by issues such as limited resources, infrastructural inefficiencies, difficult terrain and the seasonal changes.

To enable the community to get back on their feet, the Reconstruction for Resilient School and Community Project was implemented in Phulpingkot, Sindhupalchok to rebuild safer schools which can be used as community evacuation centres during future emergencies. This project also equipped the communities with essential knowledge and skills to better prepare for a disaster through a campaign. 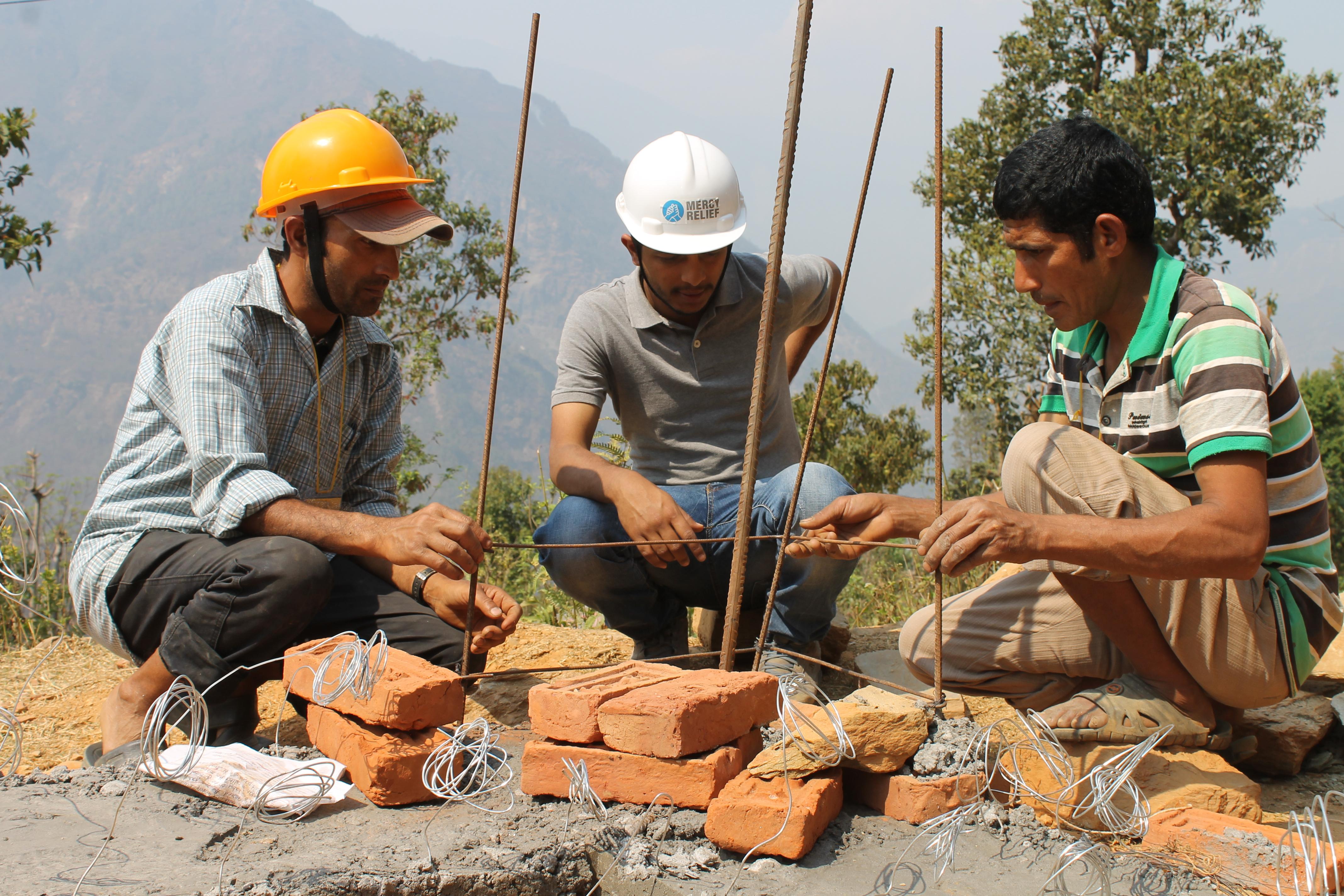 Masons were given retraining sessions to upgrade their masonry skills. These trainees have seen an increase in job opportunities within their community as they possess skills which are in high demand for a disaster-stricken area. To date, these masons, who are equipped with the proper techniques to build infrastructure that will be better able to withstand earthquakes, have constructed more than 200 homes and schools using local materials in compliance with Nepal’s new building codes, decreasing the risk of damage and injury to individuals and property.

Mercy Relief engaged with local partners to construct classrooms to provide a safer learning environment. A total of 20 earthquake-resilient classrooms were constructed to ensure disaster readiness at community schools, allowing children to resume their education. Through Mercy Relief’s “Community Capacity & Awareness Building for Safer Structure” programme, 36 local villager-masons acquired the necessary knowledge and marketable skills to construct earthquake-resistant structures. In addition, the communities gained a better understanding of how to better prepare for a disaster through platforms such as a community forum and radio program. 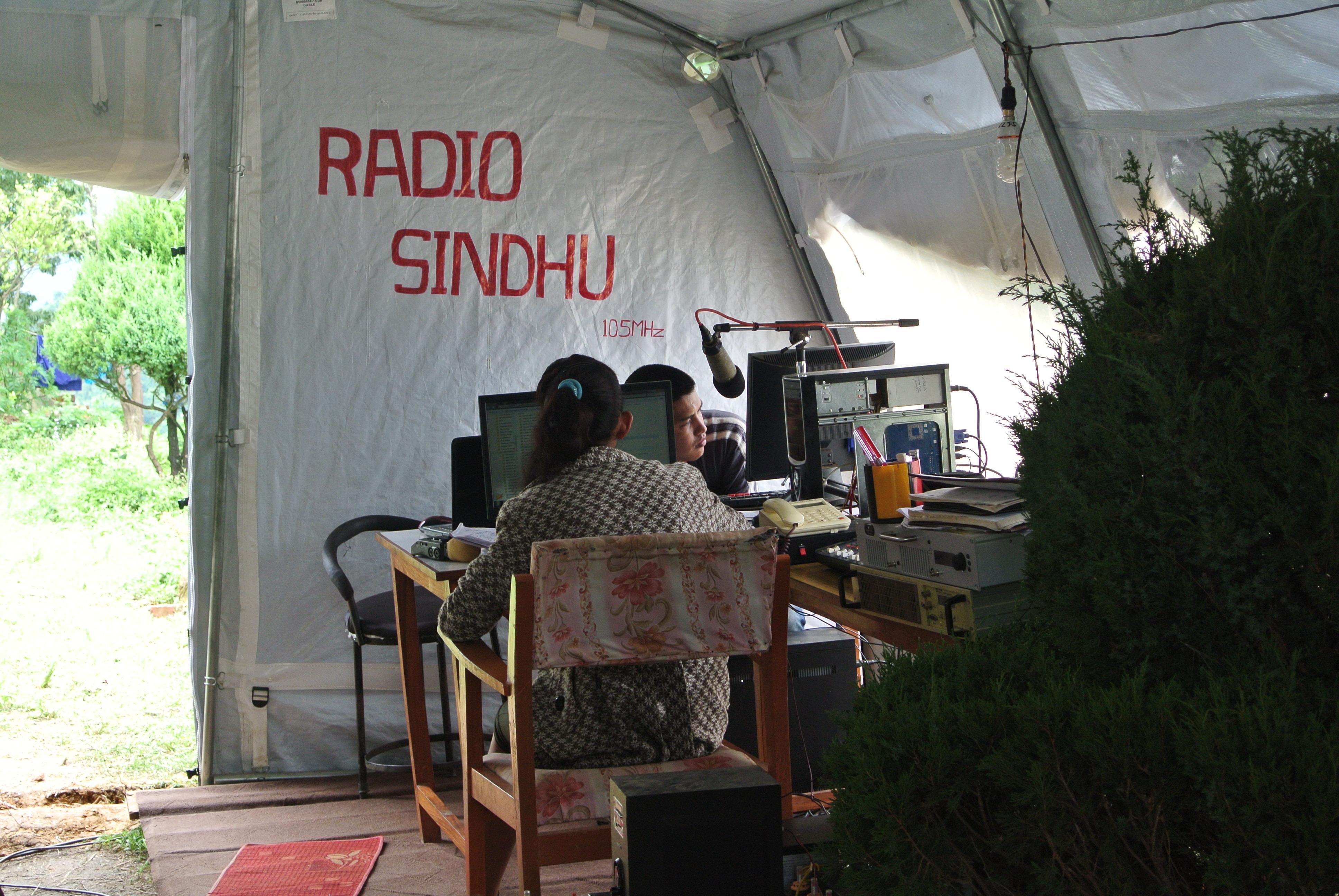 MR harnessed the power of the local radio to spread its message on the importance of disaster education.

This project was published in “Together We Stand” by Tudor Rose and United Nations Office for the Coordination of Humanitarian Affairs (OCHA) for the World Humanitarian Summit 2016 in Istanbul. The feature, titled “Recovery resilience: empowerment in the face of adversity”, was part of Mercy Relief’s editorial contribution. 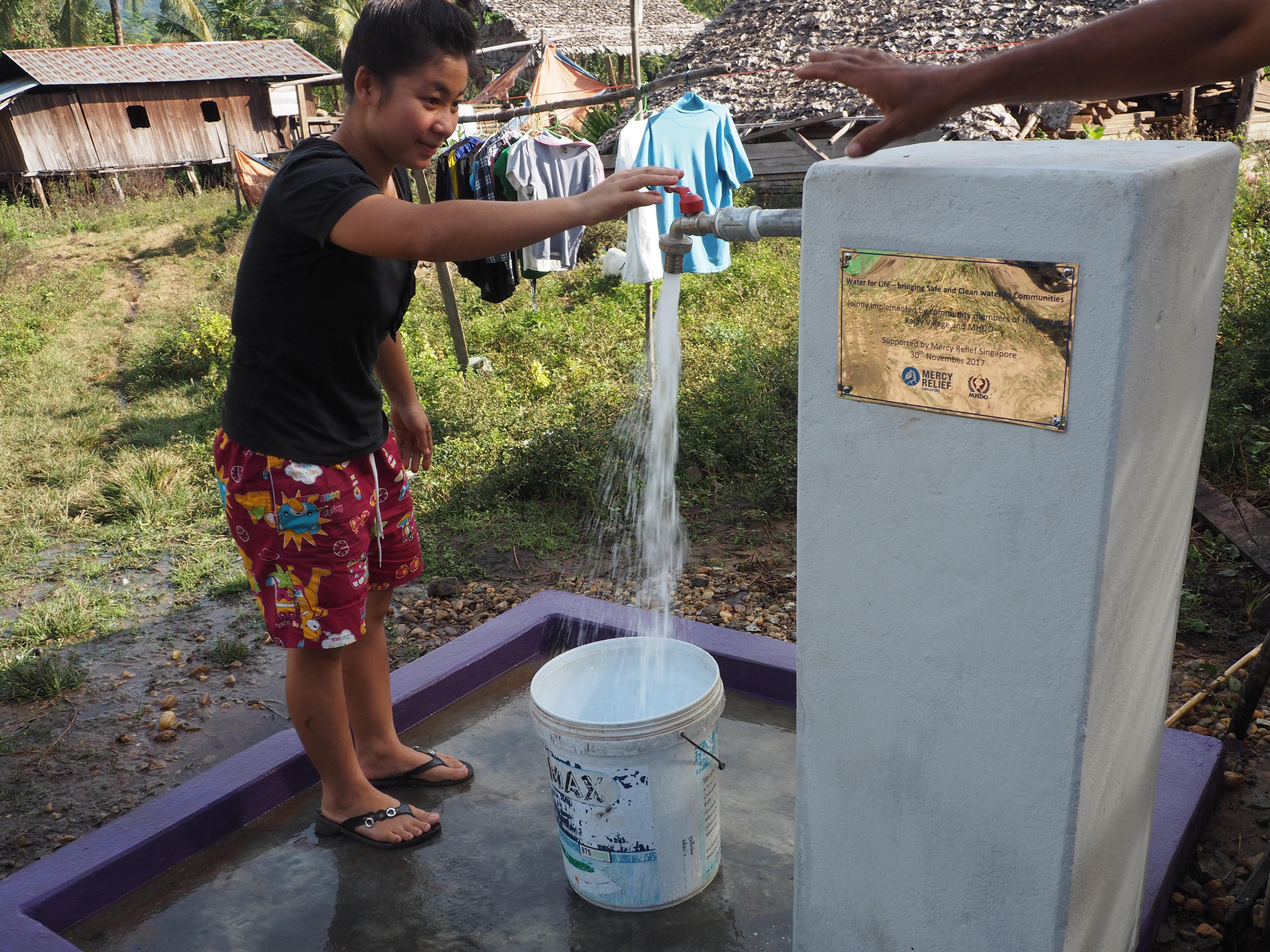 A villager fetching water from the communal tap.

In Kayin State, Myanmar about half of the households did not have access to improved water sources, which was much lower than the national average. Furthermore, research has revealed that lack of access to safe drinking water was a major contributor to diarrhoea prevalence in Kayin State.  The communities incurred significant economic losses and the children were unable to go to school due to water-borne illnesses as well as the length of time spent fetching water. This arduous task, usually falling on the women and children, might take more than 3 hours a day.

The “Water for Life” project was implemented to promote livelihood enhancement by providing improved access to water all year round and strengthening the community’s resilience against coping with effects of water-related disasters such as droughts. The development also included the construction of water collection tanks, which would supply water to the community through a gravity flow system. Gravity flow is one of the most efficient ways of providing access to water, as it does not require electricity and can be easily maintained by the local community. As much as possible, Mercy Relief seeks to adopt appropriate technology using indigenous methods and locally available materials done in consultation with the community. The project has enhanced the community’s water capacity by increasing the volume of water used per household and making water more accessible by decreasing the time spent on fetching water by more than half.

Mashiki Techno in Mashiki town of Kumamoto, Japan is home to the largest transitional housing complex in the prefecture, with 516 houses and more than 2,400 residents affected by the 2016 Kumamoto Earthquake. As the transitional housing complex was far from the city centre where the government offices or clinics are, vulnerable members of the community such as the disabled and elderly faced difficulties travelling to seek medical attention.

Following the earthquake, Mercy relief had worked with a group of home care and public health nurses to provide medical treatments and healthcare services such as psychosocial activities for the evacuees living in a transitional shelter. The healthcare team also conducted a needs assessment for further health interventions by the government and conducted Disaster Risk Reduction (DRR) awareness activities. 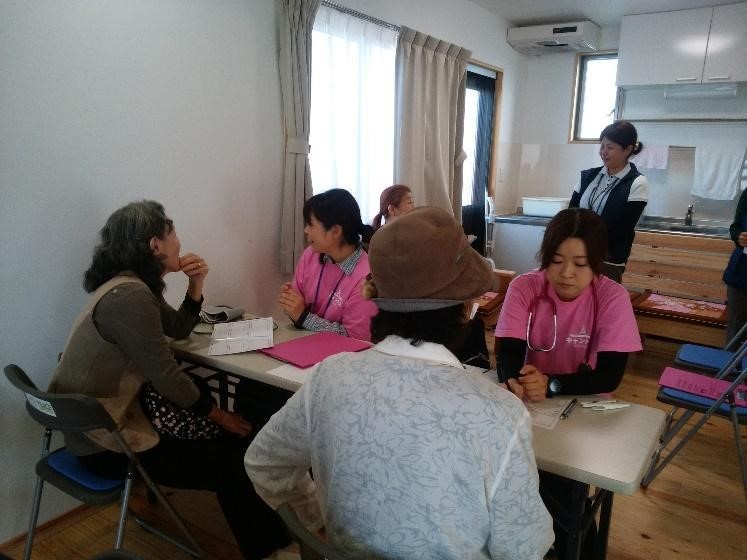 A free medical consultation with trained professionals for residents in Kumamoto Prefecture.

You can make an impact today. If you would like to support Mercy Relief’s programmes, please kindly visit this link. Click here to check out more articles.