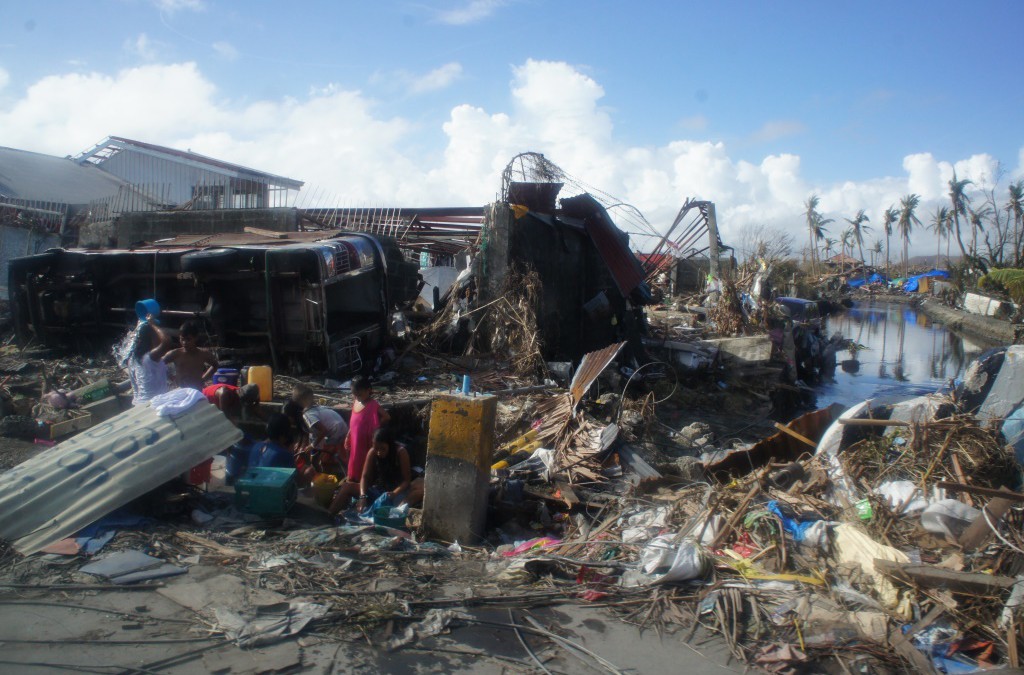 Mercy Relief’s second response team has established the logistics supply chain across the typhoon-ravaged Leyte province in the Philippines.  The 3-man assessment team landed in Ormoc City on Tuesday to meet up with local authorities and ground partners to assess the situations at affected areas and verify the needs of the victims of super Typhoon Haiyan which struck the eastern Visayas last week, killing at least 2,350 people.

Maneuvering through vast lands of debris and flattened homes, the team procured much needed relief supplies comprising rice, preserved seafood, drinking water and hygiene kits, from neighbouring unaffected or less affected areas.  This second tranche of aid would be personally distributed to 2,500 affected families who are living in shelter centres across the coastal town of Tanauan in Leyte province, one of the worst-hit areas of Typhoon Haiyan.

Two units of MR’s manual-powered water filtration systems, PedalPure were also deployed to Ormoc City and Palo where over 250,000 people have been affected by the crisis.  The 700-litre-per-hour system which do not require electricity to pump, is appropriate for use in disaster-stricken and remote areas where power supply is affected or scarce, and is able to fill 466 bottles (1.5litre capacity) with water per hour.

Working closely with the local authorities and partners, Leyte Centre for Development (LCDE) and Citizens Disaster Response Centre (CDRC), MR’s operational objective remains focused towards supporting the stabilisation of the ongoing crisis by addressing the essential survival needs of the affected communities in the areas of food, clean water and shelter.

The total amount of aid is worth SGD37,000.  MR’s third relief team would be deployed this weekend to bolster and continue the aid efforts there.

Scenes of massive devastation across the cities of Ormoc and Tacloban, two of the most severely hit areas.

With power and electricity still not fully resumed, communities are struggling to cope with the natural elements and limited basic survival needs.

(left) MR deployed its water filtration systems, Pedalpure to help address the critical issue of water shortage across affected areas. (center) The system, which could serve around 110,000 people, was personally handed over to the Mayor of Ormoc City, Edward C. Codilla (centre, in red) who extended his gratitude to Singapore’s contributions. (right) MR personnel training the staff of Ormoc’s Waterworks office on the mechanisms of the Pedalpure.

Local volunteers and partners worked alongside the MR team through the night at the Bradford Chapel in Cebu, to sort and repack relief supplies for distribution.

Communities displayed a sense of camaraderie, while loading the truck with relief supplies before distribution to the victims.

Super Typhoon Haiyan, one of the strongest tropical cyclones recorded, made landfall onto the Philippines on 8th November 2013, bringing sustained winds of more than 300 kilometres per hour.  Communities in Visayas suffered direct hits, affecting more than eight million people across 43 provinces, with death toll surpassing 2350.