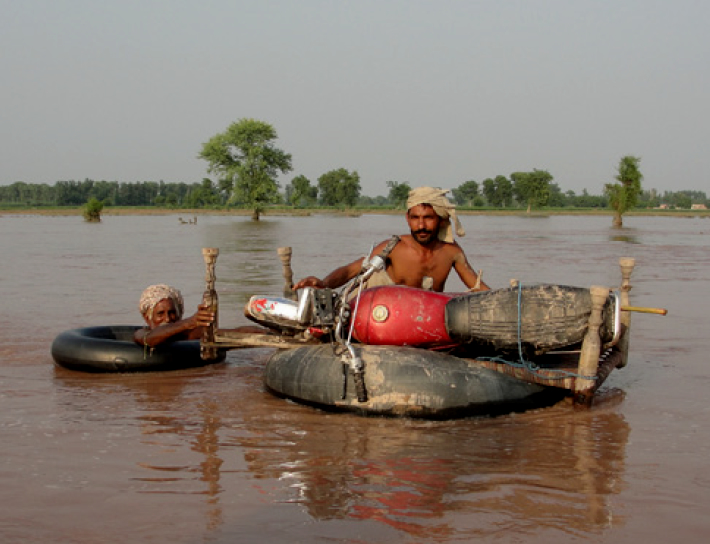 Mercy Relief, a Singaporean humanitarian NGO, will be disbursing an initial tranche of $30,000 to support ongoing local relief efforts after floods struck the Kashmir region of Pakistan and India on the first week of September.

A public fundraising appeal in Singapore has been launched for the relief response, with the fundraising campaign running until 16 November.

Responding to appeals from its ground partners in Pakistan and India, requesting for support, Mercy Relief will use the funds for the procurement and distribution of relief items such as food and tarpaulin sheets, benefiting about 450 families (or 2,700 people). If more funds are raised, plans for rehabilitation phases will be included subsequently.
As of 10 October, official sources reported 587 deaths (367 in Pakistan, 220 in Indian-administered Kashmir), after torrential monsoon rains triggered flooding and widespread damage in the Kashmir region in northwestern Pakistan and some parts of Northern India. So far, about 2.5 million people have been affected and about 700,000 people have fled from their homes. Hundreds of thousands of people are still in urgent need of emergency supplies, such as safe drinking water and medicine.

Mercy Relief Chief Executive Goh Chin Siang says, “The number of displaced people is in excess of 600,000 living in evacuation centres. It is imperative that we provide assistance to as many survivors as possible. Sufficient funding is crucial in ensuring that the needs of the affected communities can be met, especially with the onset of winter in November.”

Since 2005, Mercy Relief has disbursed over $2 million in humanitarian aid in response to three crises in Pakistan, including a deadly flood in 2010, which inundated one-fifth of Pakistan’s total land area and affected close to 20 million people. In response to the flood, Mercy Relief distributed $1.6 million worth of emergency items, such as food packs, water and tents, as well as longer-term reconstruction and livelihood rehabilitation programmes. Two medical teams were also deployed.