Mercy Relief to disburse $30,000 in aid to Masbate 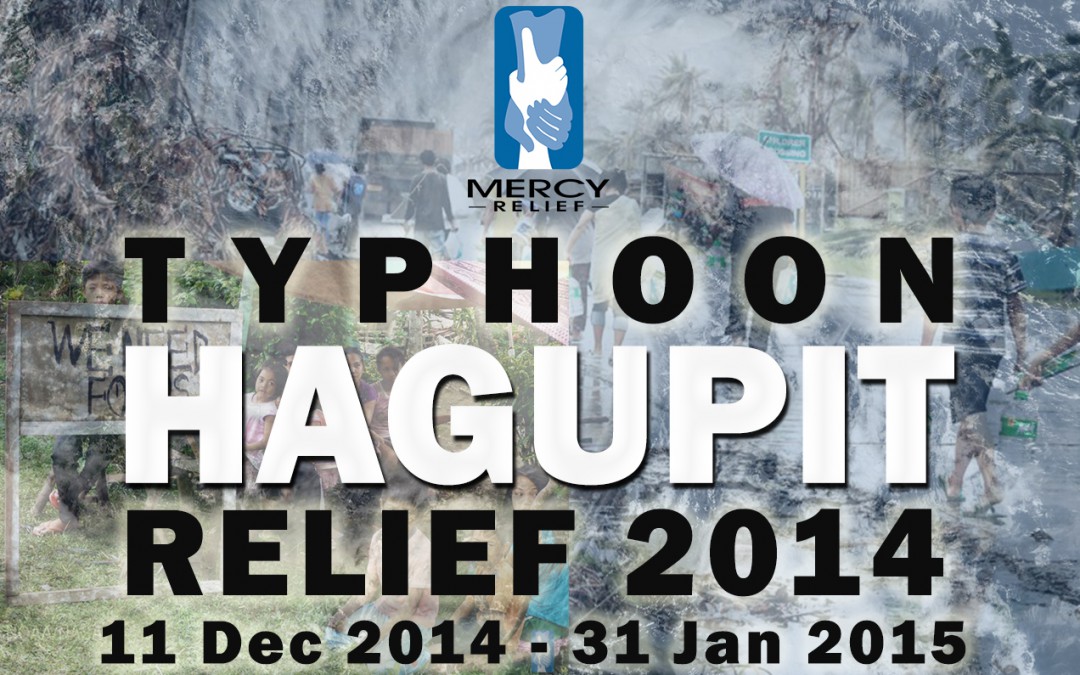 Singapore’s humanitarian NGO, Mercy Relief (MR) deploys its response team to the Masbate Province today in aid of communities affected by Typhoon Hagupit. MR is responding to a direct request for international assistance from its ground partner Citizens’ Disaster Response Center (CDRC). MR will be disbursing its initial tranche of relief assistance worth $30,000 in the Masbate Province. MR will also activate a nationwide public fundraising appeal in Singapore from 11 December 2014 to 31 January 2015.

Typhoon Hagupit is the most intense tropical storm in 2014 since Typhoon Haiyan in 2013.  It made its first landfall in Dolores, in the Eastern Samar Province, on 6 December. It made its second landfall on Sunday morning, 7 December at Cataingan town in the south of Masbate Island. The typhoon’s centre passed within 20km of Masbate City at 2.00pm on Sunday. Winds of 100-185 kph lashed the island, causing considerable damage to structures of light-medium construction, extensive power outage, disruption to communication services, and moderate to heavy damage to trees and crops.

MR Chief Executive, Goh Chin Siang, says “MR will focus our initial relief efforts in the Masbate Province to reach victims of the typhoon. Although typhoon preparations and evacuations have kept casualties low, Typhoon Hagupit caused damages to infrastructure and homes and affected the food and medical supply chain in Masbate Province. We must reach the victims to ensure that their basic survival needs are met in the aftermath of the disaster.”

To date the typhoon has affected more than 2 million people, most of whom are being served inside and outside evacuation shelters.  Local agencies state the number of deaths at 27 (at time of release). The Philippines Department of Agriculture initial estimates points to a loss of 498.3 million pesos (approximately S$14.8 million) to the crops and fisheries sectors.

MR has implemented ten humanitarian relief activities and eight sustainable development projects worth about S$3.0 million (approx. US$2.4 million) across the Philippines, including Typhoon Haiyan disaster relief in 2013, and later rehabilitation and reconstruction projects, some of which are still ongoing.