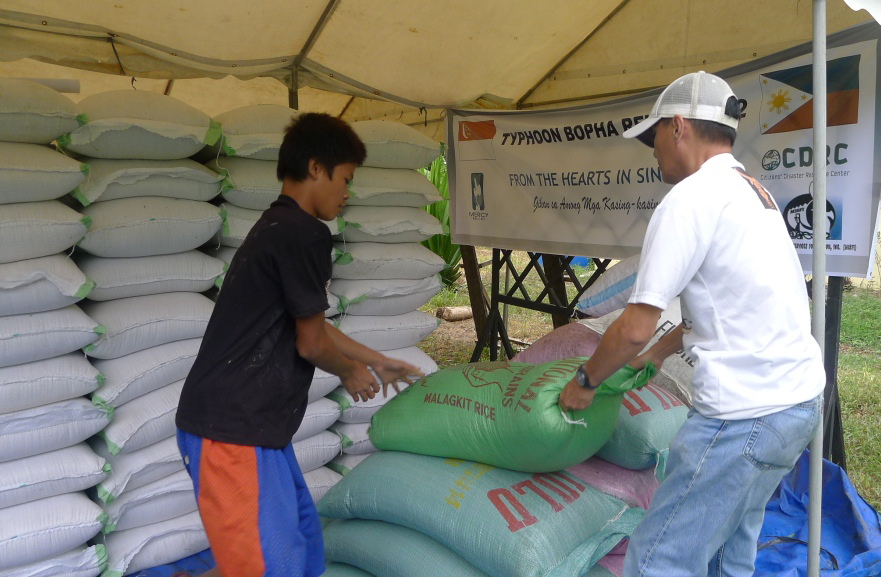 In response to direct and general appeals for international assistance from its Philippines partner, the Citizens’ Disaster Response Center (CDRC) and the Philippines government respectively, MR’s first team reached the devastated areas of Davao and Compostella within 20 hours of the appeals.  The first team has completed its preliminary assessment of the ground, procured and prepared $10,000 worth of food and non-food essentials including hygiene kits for 500 families at Barangay Osmena in Compostella Valley province.  Another team will join them from Singapore tomorrow to further expand the scope of assistance to other affected communities.  The Singaporean NGO’s own manual-powered water filtration systems, PedalPure, would also be deployed to allow for much needed potable water supply to the victims.

MR Chief Executive Hassan Ahmad said, “The magnitude of devastation is almost 5 times worse than last year’s Storm Washi which MR responded to.  Our priority now is to assist the local authorities to stabilise the situation by addressing essential survival needs including drinking water, food, shelters and maintaining the personal hygiene of the victims.  MR can only do as much as the funding support it gets”.

MR has launched a public fundraising appeal from 7th Dec to 31st Dec 2012 to support its aid efforts for victims of Typhoon Bopha.

First MR team reached Davao region on early Friday morning to procure and prepare food and non-food essentials for distribution to 500 families in the affected areas of Barangay Osmena in Compostella Valley province.