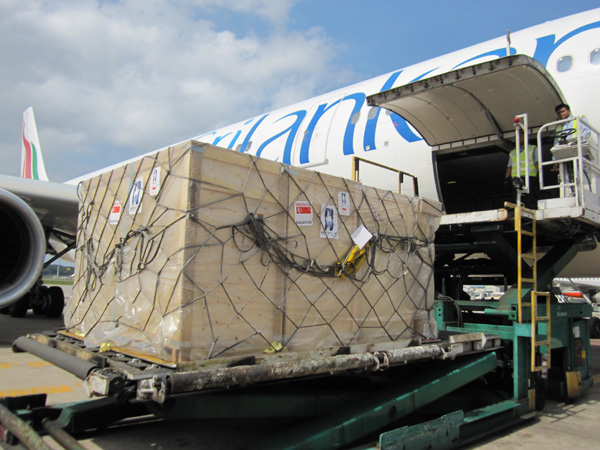 Singaporean humanitarian NGO, Mercy Relief (MR), has sent two disaster response teams with an initial tranche of aid worth S$50,000 to deal with the floods afflicting the communities of Sri Lanka and the Philippines.

Relentless monsoon rains earlier this month had caused severe floods to inundate the eastern regions of Sri Lanka, with at least 40 lives claimed, around 400,000 forced to abandon their homes and more than a million people affected in total. Following an appeal from the Ministry of Disaster Management via the Sri Lanka High Commission in Singapore, a three-man MR team together with members from the Mahakaruna Buddhist Society made their way to the worst-hit cities ofBatticaloa, Trincomalee and Vavuniya today. With the contamination of water sources leading to the major concerns of inadequate clean drinking water and water-borne diseases spreading amongst the affected communities, the team is working with the Sri Lankan Ministry of Disaster Management and Civil Defence Security Force to deploy pedal-powered water filtration systems at the  affected locations. The provision of the filtration systems was supported by the S$25,600 donation from the Singapore Government and flown from Singapore to Colombo last Saturday compliments of the Sri Lankan Airlines.

Over in the Philippines, the northeast monsoon rains that started in late December last year has led to flooding and landslides in more than 15 cities across the nation, with around 700,000 affected. The current fatality count stands at around 70, with more than 50,000 evacuated from their homes. Responding to appeals from its local partner Citizens Disaster Response Center (CDRC) and the National Disaster Risk Reduction and Management Council (NDRRMC) and , MR’s three-man team is already on the ground in floods-hit Albay province to help address the prevailing water and food shortage problems, by procuring and distributing food relief packages comprising rice, beans, oil,  and sugar to be distributed to 300 affected families. The team will also assess the situation for further needs.

Chief Executive Hassan Ahmad elaborated on MR’s applied modes of aid, saying “the geographical scale of devastation is massive in both countries.  It is imperative that salient issues of food and drinking water faced by the people at floods-stricken areas are addressed promptly to help stabilize the situations and prevent any possible secondary disasters such as epidemics.”

MR’s two disaster response teams have returned from Sri Lanka and the Philippines, having delivered more than S$50,000 worth of aid to the communities afflicted by large-scale flooding in both countries

The 3-man team deployed six pedal-powered water filtration systems to affected locations in Polonnawura, Batticaloa and Ampara. It also worked together with volunteers from the Mahakaruna Buddhist Society in distributing relief supplies to affected communities in Vavuniya and Polonnawura.

(A damaged home in Batticaloa  2 metre high floodwaters had drowned out many villages forcing communities to flee their homes.)

(Training the locals  to use the iWater pedal powered filtration systems to get clean water for drinking.)

(The locals volunteer with packing of relief supplies for their fellow villagers.)