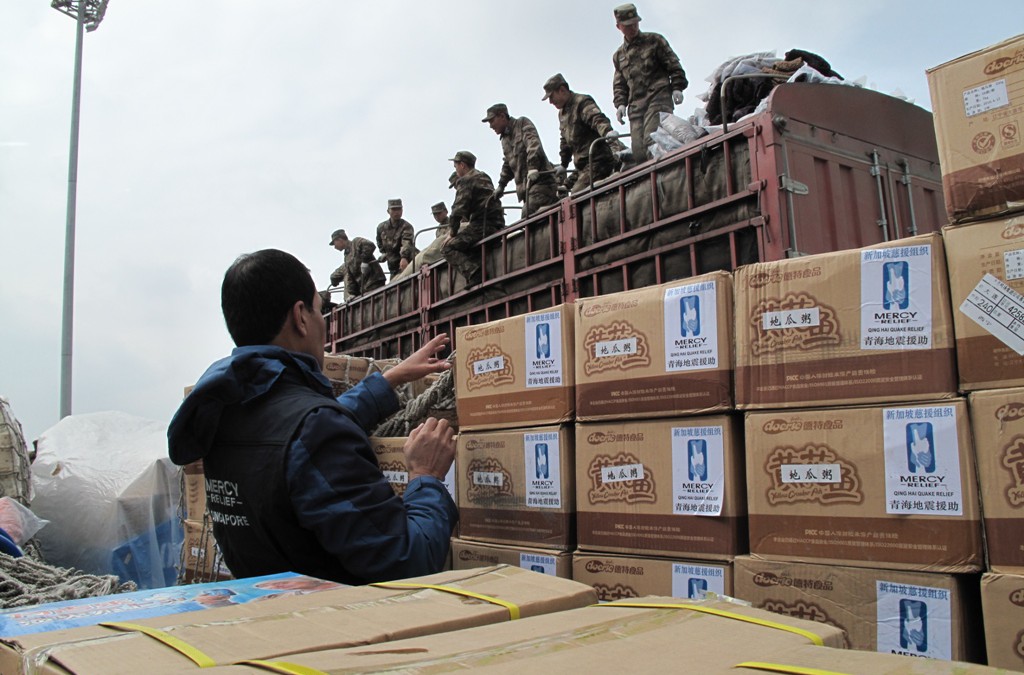 The 7.1 Richter earthquake, with 1,380 aftershocks, has claimed at least 2,220 lives, and left 12,135 injured, with 70 still unaccounted for. Qinghai is currently experiencing snowfall, with temperatures dropping to sub-zero readings after nightfall.

The team also met with Qinghai’s Deputy Governor Wang Ling Jun to report on MR’s disaster relief efforts and to present the note of condolence from MR’s Advisor, Speaker of Parliament Abdullah Tarmugi, to the Governor and people of Qinghai.

Recounting the meeting with Deputy Governor Wang, Mercy Relief’s Chief Executive Hassan Ahmad said, “We were surprised when Deputy Governor Wang informed us that Mercy Relief was the only foreign NGO that was involved in the relief efforts and extended his gratitude to all the Singaporeans who have donated to the quake relief. We were also amazed by his familiarity with young Mercy Relief’s post-Wenchuan earthquake reconstruction works in Sichuan earlier. He invited Mercy Relief to continue our engagement there for the rehabilitation phase.”

More than 110,000 survivors are currently displaced due to the pervasive devastation of buildings in Jiegu Town. Mr Hassan added, “We told Deputy Governor Wang that funds permitting, Singaporean and Chinese hands would certainly join again to help the many survivors rebuild their lives, hopefully before the next winter.”

Over at the Qinghai Provincial People’s Hospital, the team visited an earthquake survivor, Mr Bideng, a 63-year-old retiree who had been warded with a broken left rib cage and injuries to his face, arms and shoulder.

The Chinese-speaking Buddhist Tibetan told the team he was at home with his wife in Jiegu Town when the earthquake struck. They were buried under the rubble for hours before being extricated by rescuers. Mr Bideng’s wife also suffered from a broken rib cage and was recuperating in another ward. They consider themselves very fortunate to still be alive, considering none of their neighbours survived the disaster. They are now looking forward to the reconstruction of their house and hope for a quick return to normalcy.