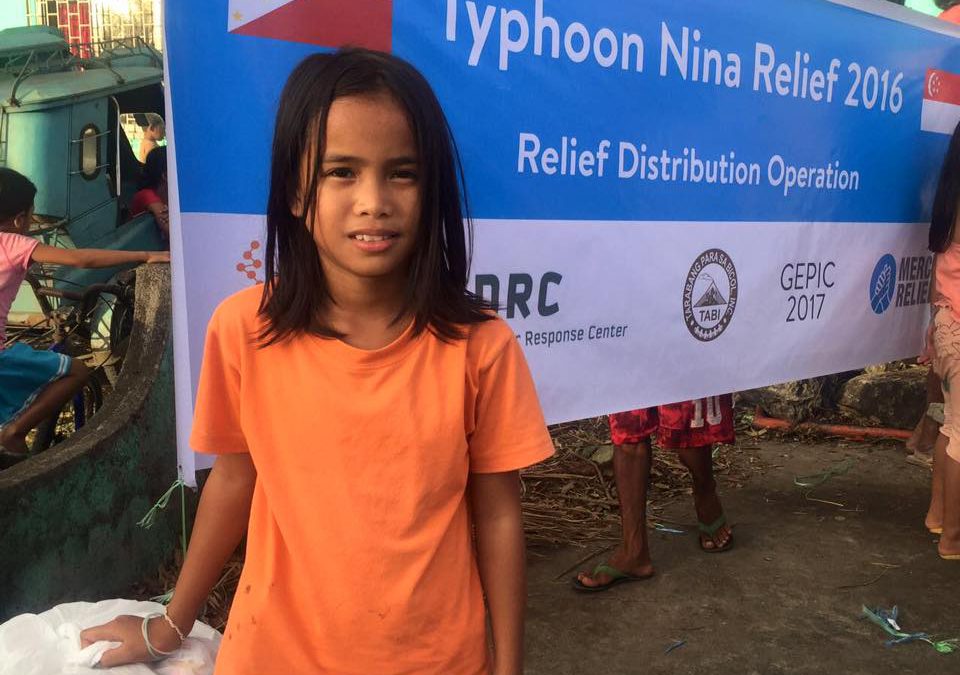 SINGAPORE, 6 January 2017 – Mercy Relief has conducted relief distribution operations (RDO) in the Philippines in the aftermath of Typhoon Nock-Ten, with funds raised from community fundraising efforts.

Mercy Relief’s RDOs reached a total of 505 households or more than 2,500 beneficiaries altogether, in the Polangui and Libon municipalities of the Albay Province. Each beneficiary received an emergency relief pack containing rice, dried fish, and canned goods.

Mercy Relief would like to express their appreciation for ongoing community efforts to continue raising funds for survivors in the Philippines. One such initiative, organised by 16-year old Mr. Dylon Sim, is the Global Economic and Property Investment Conference (GEPIC) 2017. The free-of-charge event encourages donations, which will be channelled to Mercy Relief’s relief efforts in the Philippines. GEPIC’s fundraising will culminate at the event, held at the Suntec City Convention, on 15 February.

Mercy Relief’s Executive Director Zhang Tingjun said, “It is heartening to see individuals as young as Dylon take on such big endeavours to help make a difference in the lives of others. The Philippines has recently borne the brunt of two major typhoons in quick succession and we hope to be able to provide more support to the affected communities with the funds raised by Dylon and the GEPIC event.”

Members of the public who wish to continue donating to relief efforts can visit the Mercy Relief Facebook page and website (www.mercyrelief.org) to do so, as well as obtain updates.