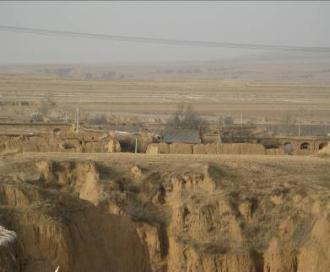 The successful implementation of Mercy Relief’s development project has addressed the issues of water and sanitation for the Kangyao community, and significantly, strengthened the villagers’ belief in the improvement of their livelihoods.

Kangyao Village had been mired in poverty, with a severe lack of precipitation (averaging 420mm of rainfall per year) subjecting its 927 villagers, for whom farming is a primary source of income, to a paltry average annual per capita income of 795 yuan. The poor-quality yellow soil, low levels of surface and underground water for drinking had only served to exacerbate the issues afflicting the community.

Beginning from May last year, Mercy Relief, in tandem with Chinese project partners Shanxi Poverty Alleviation Bureau, developed and implemented a S$230,000 project that featured the setup of an effective crop irrigation system and a new potable water supply source.

Two 200m-deep wells –capable of delivering 50m3 per hour – were bored, (with the water passed fit for drinking) and connected to a 90m3 storage tank. Through 14km of water pipes, the tank delivers drinking water to all 330 households and pumps water to 95 irrigation outlets spread across 400,000m2 of farmland. The water sources have an estimatedlifespan of 15 years, ensuring the long-term efficacy of this project. The reliable and abundant water supply also opens up possibilities of cattle and poultry farming.

Several workshops were conducted by the local water and agriculture department during the construction and after, to train the villagers on operation and maintenance of the new facility to inculcate the element of community ownership, and also introduced high-yield crop types like apricot and walnut.

Completed in October last year, the project is estimated to boost income by about 2,000 yuan per year. The villagers are already seeing signs of a better harvest, and are eagerly anticipating the results in the harvesting months of September and October.

Mr Andrew Ang remarked on the element of community ownership, saying that “With the gracious support of Singapore donors, we have been able to develop initiatives which we believe would kickstart the community’s development. What is more important now, is that they continue the momentum of their own progression, such that the development is self-sustained.”

This project underlines Mercy Relief’s holistic approach to addressing water and sanitation and livelihood issues as part of its sustainable development efforts in China.