A home regains its heart and soulReading Time: 2 min 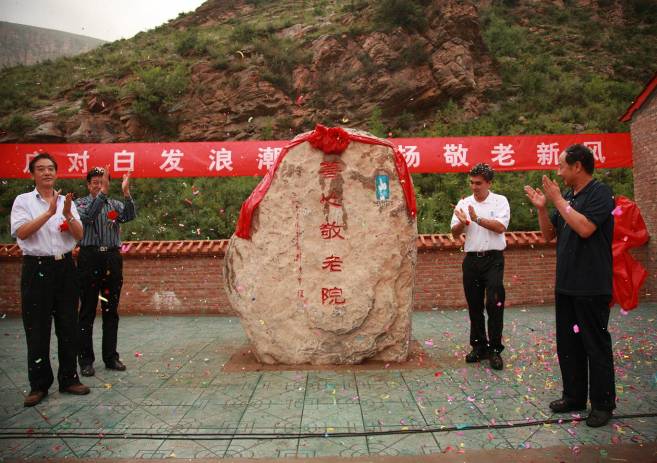 Through the successful reconstruction of the Songyan Home for the Aged, Mercy Relief has enabled the destitute and elderly folk of Heshun County to be housed in a safe and clean environment.

Songyan is the largest and poorest township in Heshun, with annual per capital income averaging 1,800 yuan. In 2009, only nine were housed in a dilapidated home for the aged – which could barely provide for a decent living environment. Four out of the six buildings which make up the home had been found to be unfit for use, with the remaining two deemed to be structurally unsound. The nine residents along with two staff were housed in the two small buildings. Surveys revealed a much higher number of elderly villagers without their own homes –this combined with the lack of resources of the home, amplified the need for a revamped living environment.

The reconstruction ensured the provision of amenities which made for much improved living conditions –increasing living quarters by almost three-fold from 360 m² to 900 m² to accommodate more residents; adding about 300 m² of facilities (toilets, office, dining hall, clinic and recreation room), and paving 400 m² of walking areas and a courtyard. Furniture, medical equipment and supplies were also provided.

Following the completion of its rebuilding in June this year, the home has been able to accommodate 69 elderly residents–the entire destitute elderly population in Songyan.

Community involvement also featured in this initiative –the villagers played an active role in preliminary needs analyses,the construction was handled by a local company, and the home will be managed by the local township government.

Mr Andrew Ang remarked that “this development initiative presents important benefits for the elderly, who form the demographic often neglected by society.”

This project underlines Mercy Relief’s holistic approach to addressing shelter and healthcare issues as part of its sustainable development efforts in China.