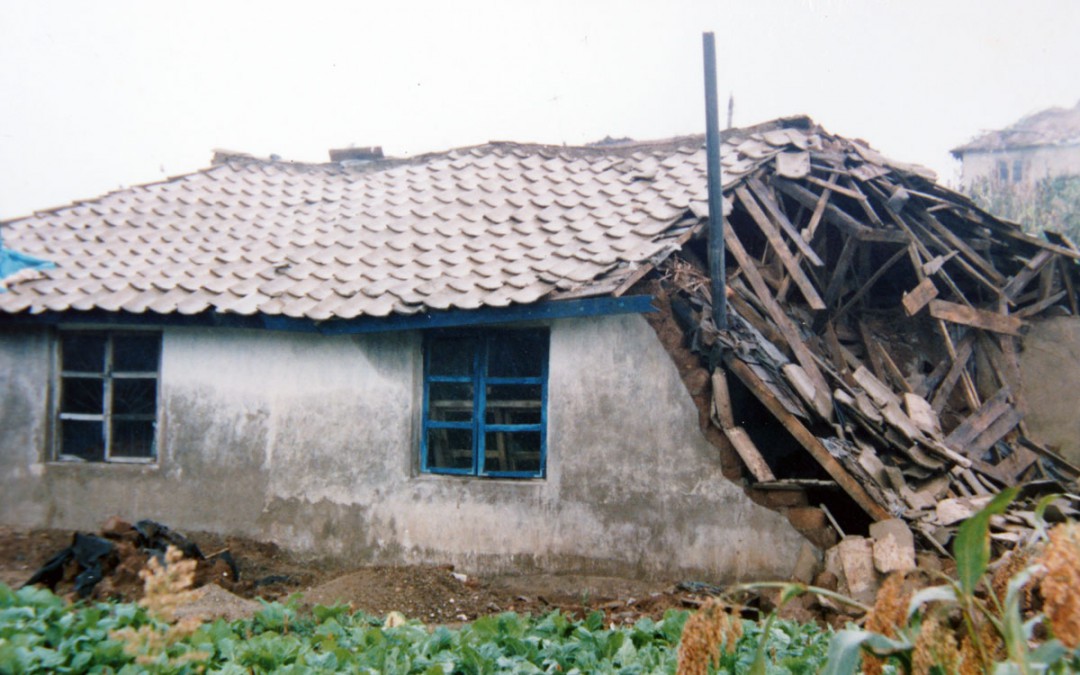 Singapore’s own and only regional humanitarian relief and development NGO, Mercy Relief,  personally delivered four tonnes of food and non-food items (relief) worth more than SGD20,000 to 400 flood-stricken families in Yonggang and Onchun counties of the DPR Korea (DPRK).   Persistent rains in June and July had caused widespread flooding which submerged more than 160,000 acres of farmlands across the DPRK.  Despite the valiant and continuing efforts by the DPRK authorities and military to stabilise the situation, more devastation and deaths were inflicted by the recent lash of Typhoon Bolaven.  Damaged infrastructures including broken bridges and roads have slowed down aid supplies reaching the victims.

Partnering the DPRK Ministry of Foreign Affairs and the county authorities, Mercy Relief (MR) distributed the current batch of aid which included fresh fruits, milk,  bread, hygiene kits and tarpaulins to help address the victims’ nutritional and hygiene requirements and shelter them from the natural elements. In the rural district of Mayong (in Onchun County) alone, 720 hectares of its 808 hectares of rice fields were severely damaged causing a loss of over 500 tonnes of much-needed rice produced for local consumption.  Speaking from the ground, MR Chief Executive (CE) Hassan Ahmad said, “It is apparent that the authorities are trying their best to repair damaged bridges or replace broken ones such that more aid and support can get to the affected people quicker.  Local residents and officials shared that they have never seen floods of such scale and force in their entire lives.  For a country which has been hit by incessant floods and famine over previous years, the current and substantial loss of agricultural produce is posing major challenge to the people’s livelihoods and fortitude.

One of the many devastated homes in Onchun County which was hit by persistent rains and the recent Typhoon Bolaven.

Recurring natural disasters are posing a real threat to the Koreans’ resilience.

MR CE Hassan Ahmad inspecting the damaged rice plants in Mayong which contain only water instead of rice.

MR is also working with the Nampo City Disaster Prevention & Reconstruction Committee for the reconstruction of the Edong bridge in Yonggang County to help re-connect more than 8,000 residents living on both sides of the river.  Another 20 tonnes of relief supplies worth SGD270,000 including 80,000 packs of MR’s in-house brands of ready-food (Mercy-Ready-Meals) and 10 units of water filtration systems (PedalPure) are being prepared for distribution next week.

MR tribesman Tsai Pi Kuang(in blue) working alongside the local community and officials for the distribution of supplies in Yonggang County.