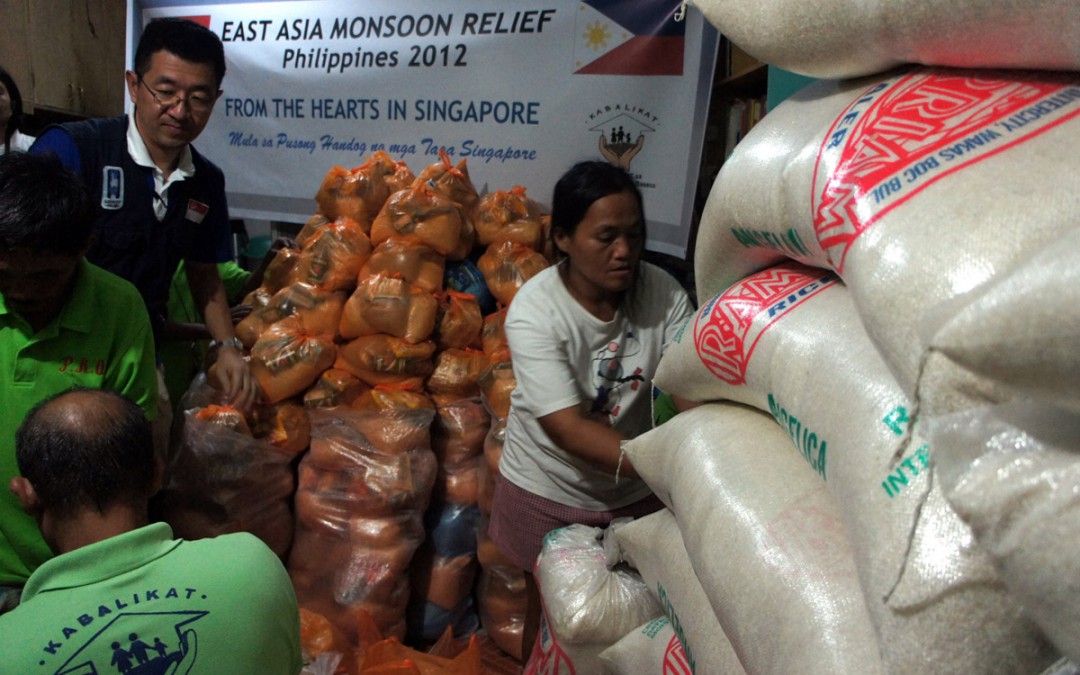 In response to the direct official requests for assistance from the national and local governments of DPR Korea (North Korea), the Philippines and China, MR dispatched a relief team to Navotas City and Baseco barangay in Manila last Tuesday to personally procure and distribute basic essentials including food, drinking water, hygiene kits and tarpaulins for shelter to 800 households.  More than 20 tonnes of relief supplies worth SGD 270,000 including its house brands packed food (Mercy-Ready-Meals) and water filtration systems (PedalPure), are scheduled to depart Singapore for the DPRK within the next few days.

The recent series of typhoons and relentless monsoon rains which plundered eastern Asian countries have triggered severe and widespread flooding, affecting more than 100 million people, displacing many and exposing them to natural elements; lack clean water for consumption due to contamination, and destroyed harvest crops leading to acute food shortage.

More than 60% of Manila was under neck-deep waters after Typhoon Saola slammed into the Philippines, taking lives and leaving slum-dwellers homeless.  More rains are still pouring due to the effect of the latest Typhoon Haikui which hit China.  The devastating floods in the Democratic People’s Republic of Korea (DPRK) displaced more than 200,000 people and submerged more than 160,000 acres of farmlands.  In June, the United Nations said two-thirds of the country’s 24 million people were facing chronic food shortage.  The 3 typhoons which hit China within a week wreaked extensive havoc in several provinces especially in Hebei and Fujian.

MR Manager Masahiro Ishizeki in the Philippines procuring and distributing relief supplies (including food, water, hygiene kits and shelter) to more than 800 affected families.  More aid is urgently required with more rains pouring down on the homeless.

MR has obtained the permit from the Charities Unit to raise funds for the regional crises from 11 August –10 September 2012.